Cloud computing takes off as top new discipline on campus

Indranil Gupta, an associate professor in the Department of Computer Science at the University of Illinois Urbana-Champaign, recalled the first time he offered a free Coursera online class on Cloud Computing Concepts in the spring of 2015. In the first class, Gupta said, Coursera registered a total of 179,000 enrollees from 198 countries.
“That shows you how much interest there is,” he said. “It seems like every single country has some students who are interested.”
Gupta’s assessment matches numerous reports that interest in cloud computing among students had skyrocketed, and courses in computer science departments throughout the nation were increasingly becoming commonplace. However, a recent report by Clutch, a Washington, D.C. based B2B and research firm, found that there were still concerns among universities and professors regarding the cost of teaching cloud computing. Riley Planko, a content developer at Clutch who authored the report, noted that while individual courses and certification programs were increasingly available, undergraduate and Master’s programs were still developing.
Story continues below 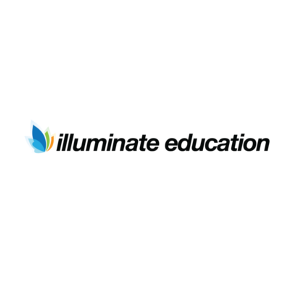 “For the cost, there was definitely optimism. There’s potential with regulation, and learning how to manage this, that it’s something that can be more more under control by the university,” she said. “It still a young field. It’s only been around in it’s true power for a couple of years.”

Higher education institutions have been interested in storing data on cloud servers for several years, and as the Clutch report indicates, cloud computing skills are in high demand by corporations, and increasingly, public institutions (LinkedIn found that knowledge in cloud computing was the most desirable skill in job applicants among employers, according to the report).
Kevin McDonald, the founder and managing director of GreyStaff Group, LLC, also teaches a cloud computing course in the Technology Management Master’s program at Georgetown University’s School of Continuing Studies. He said the sea change cloud computing brought to public and private industry was now benefitting individual startups. By eliminating the need for expensive server infrastructure and IT staff, new companies can significant cut their upfront costs, building their entire infrastructure in the cloud. It is an opportunity McDonald echoes in his course, with teams visualizing and building a phone app within a matter of weeks before presenting it to the class; some had even sought investors for their creations.
“It’s a total revolution under our feet, so as we’ve developed the program, we’ve tried to keep it in the real world,” he said, marveling at the fact that students “come up with an idea, and go through a startup and are able to present to a venture capitalist within six weeks.”

Gupta agreed there was an ongoing transition amongst higher education institutions on how to offer cloud computing courses integrated in disciplines, instead of in isolation, and he detailed a Master’s of Computer Science in Data Science currently offered by UIUC. The MCS-DS is an online program with a $19,200 tuition, offering students the ability to proceed at their own pace, and Gupta’s Coursera class in Cloud Computing Systems is integrated into the degree.
Gupta said that while there is always a period of transition where professors in a particular discipline may wonder whether a new facet of the discipline should be integrated or is merely temporal, he was optimistic about how computer science had quickly warmed to introducing cloud computing and big data into curricula.
“Cloud computing as it is today is new, but many of the systems in cloud computing have been around for decades,” he said. “Many of the building blocks have been around for a long time, it’s just that it’s become more available and accessible to students.”
Gupta also said the imposing costs of accessing cloud storage for student use could be alleviated by partnering with companies that offer free or reduced-price resources for students, citing that Amazon Web Services ran a program for several years that would offer $100 worth of credit for proposed research projects.
The company currently offers “AWS Educate” for institutions, educators and even individual students, touting access to company technology, training resources and open-source content for educational use. Much of UIUC’s work, Gupta said, was done with Microsoft Azure due to a mutual partnership. He said students benefitted from the cloud space, while industries could see benefits once students enter the workforce.
“Companies want students who are more familiar with the state of the technology, so they need as little training as possible when they join,” he said.  “They know that all our students are smart; it’s whether they have the necessary skills or need extra training. If Microsoft has students use Microsoft Azure courses, they’re kind of already training them.”

New Opportunities for Students and Employers

McDonald, who is also the author of “Above The Clouds: Managing Risk In The World Of Cloud Computing,” said government, after some lag time, was catching up to private industry in the adoption of cloud technology. The Federal Cloud First Initiative, instituted in 2010 by the Obama administration, had led to the closure of more than 3,000 data centers as of April 2016, with a goal of closing 5,203 federal data centers in total by 2019, almost half of the 2010 number.
He said cloud computing, like many burgeoning computer science fields, was increasingly viewed as interdisciplinary, asserting that while the School of Professional Studies valued the technical processes inherent in cloud computing, the increased accessibility of cloud storage for novice users lowered the complexity barrier for interested students.
“It’s gotten to that level of simplicity where we don’t need to worry about that unless we’re turning out system engineers,” he said. “That’s always been the philosophy for this program since day one.”
In addition to cost concerns, Panko’s report found that some professors expressed concern with how to appropriately teach cloud computing in a rapidly-changing field, and also said the lack of necessary staff at universities that could be a hindrance.
Nevertheless, the report concluded that it would be worthwhile for colleges and universities “to at least consider the topic for future implementation in their curricula.”

pridesys said…
Pridesys IT Ltd. helps you secure, deliver, manage and govern your cloud environment and speed up deployment with independent, objective IT research and advisory services that support your cloud initiatives end to end.
see more..
June 10, 2019 at 2:23 AM

high technologies solutions said…
I have been following your post for a long time. I always found it very interesting and valuable. keep posting it is really helpful.

Larry said…
data backup solutions for small business is one of the most obvious applications for Cloud computing
November 22, 2019 at 2:17 AM

Tyler Worgan said…
I have read your article, it is very informative and helpful for me. I admire the valuable information you offer in your articles. Thanks for posting it. tree stump removal palm beach
November 26, 2019 at 1:36 AM

Tyler Worgan said…
I have read your article, it is very informative and helpful for me.I admire the valuable information you offer in your articles. Thanks for posting it..
tree removal fayetteville
December 6, 2019 at 9:44 PM

Tyler Worgan said…
This post is good enough to make somebody understand this amazing thing, and I’m sure everyone will appreciate this interesting things.residential dumpster rental charleston
December 9, 2019 at 2:48 AM

gracerolland said…
I think this is one of the most significant information for me. And i’m glad reading your article. septic contractors charleston
December 11, 2019 at 8:33 AM

jasminegates said…
This is a great article thanks for sharing this informative information. I will visit your blog regularly for some latest post.junk removal augusta
December 16, 2019 at 2:46 AM

gracerolland said…
Thanks for the wonderful share. Your article has proved your hard work and experience you have got in this field. Brilliant .i love it reading. septic tank repair augusta
December 18, 2019 at 6:04 AM

Tyler Worgan said…
Great article and a nice way to promote online. I’m satisfied with the information that you provided tree services near me in lexington
December 20, 2019 at 3:51 AM

jasminegates said…
This post is good enough to make somebody understand this amazing thing, and I’m sure everyone will appreciate this interesting things.junk removal companies asheville
December 22, 2019 at 9:30 PM

gracerolland said…
Hello, I have browsed most of your posts. This post is probably where I got the most useful information for my research. Thanks for posting, maybe we can see more on this. Are you aware of any other websites on this subject?
septic pumping asheville
December 24, 2019 at 9:12 AM

Tyler Worgan said…
I have read your article, it is very informative and helpful for me.I admire the valuable information you offer in your articles. Thanks for posting it..palm tree services montgomery
December 26, 2019 at 11:33 PM

jasminegates said…
Hi, This is a nice article you shared great information i have read it thanks for giving such a wonderful blog for the reader. waste removal services springfield

gracerolland said…
This is a great article thanks for sharing this informative information. I will visit your blog regularly for some latest post.sewage pumping service springfield
January 2, 2020 at 8:42 PM

Tyler Worgan said…
Thanks for the wonderful share. Your article has proved your hard work and experience you have got in this field. Brilliant .i love it reading. stump removal jonesboro
January 4, 2020 at 7:38 PM

Unknown said…
I like your post. It really useful with me. Thanks for sharing these useful information.Install Uc Browser and get 20 gb secure cloud storage in your mobile.
Url video downloader online